Inclusive clubs are a place where people who have dropped out of sport can return in a welcoming environment. Equally, they can provide a chance for people who have never felt sport could be a place for them to take their first steps.

For those who are well-versed in the sport of their choice though, it can also be a chance for a fresh start in a new environment – as was the case for Cailum Lawson at Aberdeen Taexali.

Lawson had played rugby for over a decade in Bahrain and London as a teenager – also dipping his toe in several other sports – before returning home to the north east of Scotland.

As a gay man though, the “revelation” that he has played rugby for most of his life is an unexpected one for some.

“Still to this day when people find out I play rugby they’re surprised, they say they wouldn’t have thought,” Lawson explained.

“A lot of people just don’t think that gay people play sports. We do, and some of us are pretty damn good at it.

“It’s not like I try to pull the wool over people’s heads that I play rugby, it’s just that if it comes up in conversation, it comes up. One of my best mates actually, her boyfriend said he didn’t think I played rugby much, and he ran into us at the pitch once and was surprised I caught a ball he booted. I’ve been playing for ages.

“It is quite interesting, I definitely feel like a lot of the time being gay and playing sports, you can’t judge a book by it’s cover. You don’t know me, you just know I’m gay. Sometimes I’ve been around people who have said I’m this person’s gay mate, or they’ll just assume that I’m very feminine.

“Maybe I am after a few drinks, but I’m not all the time. If I’m with my guy mates, I’m not really, if I’m with my girl mates then I can be.”

On the flip side though, Lawson has faced some issues around rugby over his sexuality.

While it may only have been one or two people out of the entire team, those incidents are never pleasant, but the 19-year-old tried not to let comments at his old school affect him on or off the pitch.

“It shouldn’t be something that LGBT+ people have to think about, but it is,” he reasoned.

“Personally, I just did my own thing. When I went to boarding school in London, there was this match and I remember my coach asked me if I was good.

“Well, I’m alright, I’m not going to say I’m amazing. Can I play? Well put me on and you’ll see. I scored two or three tries that match, and then afterwards I got put straight on to the first team. The thing is, I took someone’s spot. I remember this very vividly, I was walking to class after lunch and the guy whose spot I took didn’t like it, he hated it.

“I’ve always remembered that, I don’t know why but it’s stuck in my head. I think he was embarrassed that someone who was gay was better than him, but at the same time it’s not about whether they’re better, it’s about how hard they work.

“I used to do PE as well. I had a good few mates there, but they used to get quite wound up because I would absolutely thrash them. It was ace, they would ask how I was able to do that, and I was like ‘I just do it’. All the guys would get so frustrated.

“It is quite interesting, because playing rugby, I never came across anyone else that was out. Everybody on my rugby team was nice to me, they treated me almost the same, but you’re always that different one. You are.

“Whether you ignore it or not, they will treat you a bit differently, that’s just how it is. That’s not because they’re being rude, they are trying to treat you the same but they do it in a different way.

“They can say something to you, like in a match the guy I would be going to mark, they would say ‘just tackle him, no touching’. Stuff like that, which is just a wind up. Obviously the opposition has no idea who you are, so they don’t care. Nowadays it’s different, but being younger I just kept it to myself.

“Playing football, a lot of people speak to me that aren’t out because of their career. I’m just like ‘who cares, it’s not a big deal’, but more and more people are coming out when they’re already there competing.

Lawson’s experiences in Bahrain and London are a world apart from an inclusive club like Aberdeen Taexali.

Off the pitch there are not the same issues since most players are also part of the LGBT+ community, but the style of play in training is also very different.

Taexali, like other inclusive clubs, by nature feature players of all abilities and experience levels, but Lawson’s previous teams were always pushing to win.

That has meant something of an adjustment period has been necessary, but Lawson is determined to use his years in the game to help his new teammates improve.

“There is a big difference between Taexali and the other teams I’ve played for,” the outside centre admitted.

“My first team was Bahrain RFC, and we used to go to Dubai and play against teams from there, teams from Qatar, Russia – these weren’t your typical teams, these were the best teams in their areas.

“Where I was playing, it was very competitive, and it was very much about passing the ball and wanting it to score. Saying that, people weren’t working together.

“After that I played for my school in London, and they were the same, more competitive if anything than my team in Bahrain. There was a lot of negative feedback from each player, ‘you can’t catch’, ‘you’re crap’, stuff like that.

“We were all 15 or 16, so there was a lot of bickering, and it wouldn’t help team morale but at the end of the day they wanted to be the best. It was their way of showing that they care a lot. Yes, you want to win, but you also want to make sure that the team as a whole is good.

“Even if people do drop the ball, I personally just tell them to keep going and carry on. I don’t have that to worry about at Taexali. Everybody is a good influence on each other. I obviously want to be competitive, but at the same time, I actually don’t mind the journey.

“Head coach Grant Skene has said it’s okay for me to help out with the backs. I’ve only got one person – my friend Steven – on a Sunday just now, and we’re only doing it to do something, but even for that person it makes a difference.

“One of the main things that I want to do is get folk to know how to play different positions. I think that’s one of the things that’s really important, because if I get injured who’s going to play in my position? That’s why I’ve started mixing them around, and I turn around and tell them if they don’t like it, get off the pitch.

“That’s not me being rude, that’s me saying they need to learn. If we’re in a real game and someone goes down, someone needs to fill that gap.

“They could all go down and I’d know how to play in their positions. This isn’t me trying to be condescending at all, but they don’t know how to play these positions, and I do, so I’m trying to teach them. Some people don’t like that, and that’s fine, but like at school you’re not going to learn.”

As one of the more experienced players at the club, Lawson may be expected to take on a leading role when Taexali can play matches again – one that could include a change from his preferred position at 13, which he is happy to try.

“Our captain Rob Clunas, he actually said to me the other day that he wants me coming inside,” Lawson said.

“I’m more of an outside centre, but I don’t mind coming in. Grant has been trying to make me a scrum half. I don’t mind, it’s a different role for me that I’ve never played, but I know how to play it.

“He says he wants a bossy scrum half. I might not be a scrum half, but I am bossy, because if I want to play a game I’ll play it how it should be played. Scrum half isn’t where I want to be but I’ll do it. My position is outside centre, but I started off when I was younger as a forward.

“Over the course of a summer I slimmed right down and gained a lot of speed, so I went out to the wing. Then at boarding school, I panned out to be a number 13, and I like the dynamic of that position a lot.

“I guess being a scrum half, I can kick the ball, which is interesting because I obviously know what I need to do and how certain movements work, but being at scrum half I only sort of know. I’ve got to learn it, and I don’t know other people’s codes, what they say, so I’ve still got a lot to learn.”

With the competitive aspect of Lawson’s time in rugby so far, he is looking forward to matches eventually returning to the calendar.

Joining Taexali a few months ago, action has been few and far between because of the pandemic, but before the 2020/21 club season was cancelled the club were due to make their debut in the Caledonia North leagues.

A new division will be a new challenge for Taexali as a whole, but there is another reason Lawson is looking forward to it too.

“I am excited for that, I’m just hoping that we can get a good few games coming out of it,” he said.

“I don’t know what to expect, but I’m looking forward to it because I haven’t actually ever played rugby in Scotland. I’m curious to see what it’s like. I’m sure it’s just the same, but it will be a different scenario for me.

“It will be good to see how the team plays in an actual game scenario, when we’re not playing against each other. I genuinely am looking forward to it. Being at the club is out of my comfort zone, but playing in Scotland is another comfort zone as well.

“It’s quite nice to have a club where everyone feels comfortable, and I do feel comfortable, but it does make me a bit apprehensive because I’ve never done it, it’s still new for me. The idea of playing rugby in Scotland doesn’t bother me, I’m just looking forward to it.”

3 thoughts on “Cailum Lawson: “A lot of people just don’t think that gay people play sports. We do, and some of us are pretty damn good at it.”” 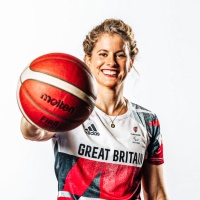