American football is seen by many as the epitome of hypermasculine sport.

In the entire 99-year history of the National Football League – the pinnacle of the game – there has never been an openly LGBT+ player. Six players came out after they retired, and in 2014 Michael Sam was selected by the St Louis Rams to become the first openly gay player picked in the NFL draft, but Sam was released before the start of the regular season. Earlier this year, former Kansas City Chiefs Ryan O’Callaghan even said that there was probably at least one gay or bisexual player in every NFL squad, but they do not come out believing that it will hold back their careers.

There are signs that the lack of LGBT+ representation in American football could be changing though. When you go further down the pyramid, to the collegiate level, progress is being made.

Within 18 months of defensive end Sam announcing he was gay, two more athletes followed suit, becoming the first active players to be out in the NCAA Division One. In January 2014 further down in Division Three, Conner Mertens became the first player at any level to be openly bisexual.

It is by no means a new phenomenon, tight end Jerry Smith and running back David Kopay were both gay players in the 1960s and 70s, but neither man came out while playing – and in Smith’s case it was only made public after he died.

The handful of players to come out while active in the last five years has been a sure-fire sign of progress within the sport. Change cannot come at the top alone though, and a grassroots presence is just as important when it comes to changing perceptions across the board.

In the UK there is a strong American football presence, with 78 senior teams playing up and down the country. In Scotland, there are only two teams who compete in the under-19s league, one of which is the Highland Wildcats, based in Inverness.

The Wildcats have been successful on the national scene for several years, making it to the showcase of the sport at youth levels – Britbowl – on multiple occasions in both the under-19 and under-17 age groups. Earlier this year, the younger group were crowned Scottish conference champion, beating out the East Kilbride Pirates, Edinburgh Wolves and the Hamilton Buccaneers.

At the Wildcats, there is only one LGBT+ player, 18-year-old Kai Forrest, who is about to start his second season with the team. He first came out as gay when he was 11, but now identifies as bisexual. He got into American football somewhat by chance, but has encountered no issues while balancing sport and his sexuality.

“I didn’t know much about American Football, the Wildcats came around to my school but we are mostly a rugby based school,” Forrest said.

“I got involved cause a few of my pals went and I popped along to see what it was like. The atmosphere and the brotherhood there pretty chill. If you mess up, they don’t call you out for it they just help you improve.

“My sexuality is not something I talk about unless I’m asked. I have been cautious – as would anyone – but the guys probably know and are chill with it.

“It’s not a big deal. I just don’t see the reason in mentioning it, it’s not an important aspect in my life. If someone asks I will tell and then if they don’t then I have no reason to say anything.”

Not knowing a huge amount about the sport before he started playing, Forrest may not have been aware of the history of LGBT+ players – or lack thereof – in American Football.

The classic “jock” depiction of American football players in TV shows and films has probably not helped people with aspirations of a career in the sport publicise their LGBT+ identity. For Forrest, that is a perception that stretches beyond sport – but he thinks it can play a big part in breaking down those walls too.

“A lot of the LGBT+ people I know tend to hang around girls because they don’t feel masculine enough to be around guys,” he explained.

“I think the problem is stereotyping. The lads are really inviting but still quite intimidating. They’re just football guys, their first impression is intimidating. It’s not a sport people take lightly, but they are all pretty good guys once you get to know them – cool, welcoming and supporting. They have helped me a lot and boosted my confidence.

“I don’t think there is a need for any extra support for the LGBT+ community to be involved in the Wildcats. All are welcome and that’s all people need to know. We don’t discriminate against anyone, everyone will be treated equally.”

Forrest’s story is an encouraging one, as he seems to have stepped into sport seamlessly years after coming out. He is happy with the Wildcats, and is confident that there will be no issues within the squad. It is indicative of the accepting culture that has been created at the club that no questions were asked and Forrest barely felt the need to mention his sexuality.

For everyone who says that more needs to be done to cater for LGBT+ sportspeople, there is also the train of thought that no action at all would make it a non-issue, that drawing attention to the fact would be what makes it a big deal in the first place.

That is the ethos that seems to have worked so well for Inverness’ American football club. It is something that head coach Robbie Paulin is proud to have seen, and he thinks the matter-of-fact way that Forrest has gone about being LGBT+ in sport could lead to more people making themselves known in the future.

“It’s probably going to become more prominent, especially when you’re got someone like Kai who is quite open like that, I think maybe people become more comfortable talking about it,” Paulin said.

“Sport is always seen as a masculine thing to do I suppose, and I think people might assume that people in the LGBT+ community would be more effeminate and not do something like that – which is obviously not true. I guess that will have put people off in the past, but there’s a mix of everybody in every walk of life.

“It’s just an aspect of someone’s life. Anybody can do what they want – whatever anybody’s hobbies are, their sexual orientation, their gender, none of that comes into it. It’s part of who they are, but it doesn’t really change what they do in the team or how they interact with the team or anything like that.

“We’re accepting of anything really, no matter what country you’re from or what gender you are, your sexual orientation, it just doesn’t come into it. It’s the same as any other ‘minority’ person in this sport, I think the more that you dwell on that, the more that you bring it up, the more it becomes a big thing when it’s not.

“For us, it works. It’s not about having a set of rules in there, it’s about having an ethos and creating a culture where everything is welcoming and we don’t need to have that tagline. We’re going to be welcoming no matter what, we almost don’t feel that we need the tagline.” 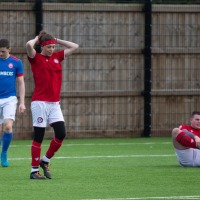